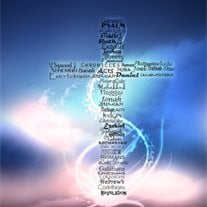 On a cold day in January 1955, the 15th to be exact the temperature was 25°; Mrs. Kizzell Newell gave birth to her third child. It's a boy the Doctor proclaimed, she named him, Thomas Newell. His dad, Mr. Edward Newell was excited, another son was born. Tommy as he was affectionately called was very helpful to his mother, learning to take responsibility at an early age. Tommy, with other members of his family were among the founding members of the Ebenezer Seventh day Adventist Church which name was later changed to Paterson Seventh day Adventist church. Tommy served as Deacon, head Deacon, Soloist, Choir Member, Youth Elder and Assistance Treasurer to name a few. Tommy was very involved in Church activities until his health would not allow it. Tommy received his formal education at Paterson Public School No. 4 and John F. Kennedy High School. Tommy worked at various jobs before retiring for medical reasons. He worked for Oxford University Press that printed Bibles for 16 years until they relocated to North Carolina. St Joseph Hospital and Medical Center for 5 years and Party Rentals. As most young teens, he had a paper route Tommy was a sharp dresser, he always looked nice in his clothes. Tommy enjoy singing, bowling, cooking, and especially baking. Tommy baked so well, that he could have been a Baker! His favorite Bible Chapter was Psalms 67, even to this day, those who knew him can still hear him sing, "Climbing High Mountains trying to get Home! " Tommy embraced and married the love of his life Annette Brown, on December 8, 1990. Tommy loved his family, stating that his children were very important to him. He was predeceased by his mother, Kizzell Newell, father Edward Newell, brother Richard Newell and niece Christina Hart Tommy struggled with health issues for many many years. On Thursday, October 3, 2019 at St Joseph Hospital and Medical Center, God called his name and said, "My peace I give to you; not as the world gives, give I to you. Don't let your heart be troubled, neither let it be fearful". Tommy answered the call and said, "I am not afraid or fearful and he wants his loved ones to feel the same. " Tommy leave to cherish his memories his beloved wife, Annette, loving children, Thomas M. Newell of Paterson; Alecia Williams (Overton) of Paterson; Wade Reid (Shalene) of Auburn GA; Daviot Reid of Paterson; Gladstone Reid (Tamara) of Clifton; Sister, Francine Hart of Paterson; brother, Jerry Newell of Paterson; 2 brothers in law, Albert Brown (Yvonne) and Errol Brown (Beverly), 2 Sisters in law Carol and Winsome Brown all of Jamaica; 17 grandchildren, 5 nephews and 9 nieces, a special cousin, Sarah Kerr who cares for his beloved Sister and other family members, friends, neighbors and Church Members. Surely, Tommy will be missed by many. Sleep in peace until we meet again. To send flowers to the family or plant a tree in memory of Thomas Newell, please visit our Heartfelt Sympathies Store.

On a cold day in January 1955, the 15th to be exact the temperature was 25°; Mrs. Kizzell Newell gave birth to her third child. It's a boy the Doctor proclaimed, she named him, Thomas Newell. His dad, Mr. Edward Newell was excited, another son... View Obituary & Service Information

The family of Thomas Newell created this Life Tributes page to make it easy to share your memories.

Send flowers to the Newell family.