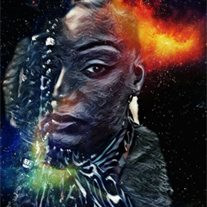 Born in Hackensack, NJ, Mrs. Rose Ada Cason Gathers, very-quietly left to meet with God, her parents her siblings and Baby Justyn on Wednesday, February 17, 2021 at the St. Mary’s Hospital, Passaic, NJ A long-time resident of Paterson, Lodi, and Passaic, NJ she attended and graduated the Lodi Public School System. She was lastly employed first as a Customer Service Representative in the sewing/textiles department of Saddlebrook’s Wal-Mart. She remained there for over 20 years, retiring as late as 2020. When her health allowed she was an active member of the Chapter 5 Order of the Eastern Star, former member of the New St. James Baptist Church, Newark, NJ. She was an active participant and leader in her position as the Building Representative at the Vreeland Residential Community, Passaic, NJ As a strong, but passionate, and concerned neighbor, the neighboring residents, friends, and strangers naturally referred to her as Mrs. Gathers. Extremely quiet, internally private, however so thoughtful and sincere, she garnered a wealth of friends but most importantly somethin’ you don’t see much anymore: RESPECT. Ask anyone Mrs. Gathers was baptized at an early age at the Christ Temple Baptist Church, Paterson, under the leadership of Rev. Freddie Roberson. She was a caring and forgiving soul, who immensely enjoyed her children, family and friends that gaming, outings, bar-b-ques and travel would always provide. A world-class Seamstress, as evident by the clothing that was designed, sewn, wore, all by her, her children, the family and friends. Often prompted by her children to make it a business, she was steadfast in her refusal. She once said to a son, “once it becomes work, then I won’t enjoy it as much”. In 1962 she married the late Johnny Gathers and remained this union until his death in May of 1978. Later in 1978 she met and maintained a continued relationship with James Durant. She is survived by James “Papa-Rick” Durant, Long-time Lover, Friend, Partner, Care-Giver, and Confidant. Four children: Robin Darlene, Kenneth (Karen Hunter), Paulette, Care-Giver, and Gerard (Sharlet Danner) Gathers. Grand-children: Leslie Brown, Jr, Kendra Andrea Gathers, Jerron & Tyler Danner, Raymond Marquise Wardell, and Pearlshiya Bland. Three Great-grands: Jaedyn, Jael, and Skyla. God-Children: Mark Thomas, Alicia Burgess, Sheema Wynn, Jahnique Spinelli plus a host of nieces,nephews, cousins and other extended family and friends. Mrs. Gathers was predeceased by the following; Father Walter Cason 1945, Mother Willie-Pearl Cason, 1981 Sisters Ruby Mae Cason, 1964, Pauline Brown, 1997, Laura Polk, 2009 Brother Ernest Cason, 1978 and Grandson Justyn Zamir, 2002.

The family of Rose Ada Gathers (Cason) created this Life Tributes page to make it easy to share your memories.