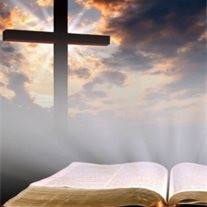 Rose Elliott was born to the late Eddie and Mandie Johnson on September 9, 1930 in Cochran, Georgia. She departed this life on Wednesday, December 12, 2018 after a short stay at The Regency Gardens Post-Acute Rehabilitation Center, and an emergency admittance into the St. Joseph Hospital, both of Wayne, NJ. Rose was educated in the Cochran, Georgia School System. While attending church frequently with her family, she accepted Jesus Christ as her savior, and with the guidance of her mother and father; she became a member of the Piney Grove Baptist Church. Rose was married at an early age to her childhood sweetheart; A.C. Lawson, and when she was sixteen, she had her first of five children. With 5 children to support, and only her family to rely on, she relocated to Passaic, New Jersey. When her father died, she returned to Georgia, to retrieve her mother and the two children she had left behind. While in Passaic, Rose; and her entire family, attended the St. Paul Baptist Church, under the leadership of Reverend Lucius Walker. She served on the Usher Board and was a dedicated Choir member. When her children were older and could take care of one another, Rose acquired a job working at The North Jersey Developmental Center, of Totowa, NJ. She worked as a Cottage Aide for many years and loved to come home and share with her children, the progress and experiences she’d have with the residents. She took pride in their accomplishments, and looked forward to being there for them. When you showed her love, you received love in return. In 1967 Rose met and later married Thomas Elliott , and throughout the rest of his life, he was a loving father to her children. Rose and Thom moved to Lordstown, Ohio in 1972. While there, she obtained a job working at Gillette Nursing Home in Warren, Ohio. She worked there for at least 10 years before retiring. When her husband; Thom, became ill, they moved back to New Jersey to be with their family. Thomas passed this life on September 11, 2016. In addition to her mother, her father, and her husband, Rose is preceded in death by her son; A.C. Lawson, Jr., her daughter; Edith Bull, ten siblings; Leila Hill, Mamie Kearney, Josephine Holmes, Annie Fedd, James, Ethel, Willie, Eddie, Moses and Joseph Johnson. She leaves to cherish her memory, her daughter; Anne Howe (Michael), her sons; Lonnie Lawson (Arlene), Fernando Lawson (Gwendolyn), Willie Anderson (Tawanna), thirteen grandchildren; seventeen great grandchildren, four great-great grandchildren, and a host of nieces, nephews, cousins and friends.

Rose Elliott was born to the late Eddie and Mandie Johnson on September 9, 1930 in Cochran, Georgia. She departed this life on Wednesday, December 12, 2018 after a short stay at The Regency Gardens Post-Acute Rehabilitation Center, and an emergency... View Obituary & Service Information

The family of Rose L. Elliott (Johnson) created this Life Tributes page to make it easy to share your memories.

Rose Elliott was born to the late Eddie and Mandie Johnson on...