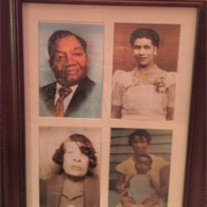 Robert Taylor Hand, affectionately known as “Bobby” was born August 29, 1936 in Passaic, New Jersey, and was the sixth child born to the parents of Amanda Harper Mathis Hand and Benjamin Hand. He departed this life April 2, 2019 in North Augusta,... View Obituary & Service Information

The family of Robert Hand created this Life Tributes page to make it easy to share your memories.

Send flowers to the Hand family.