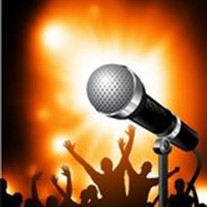 On December 12th, 1988 Najee “Sunny La’ Prince” Dubose was born in the city of Passaic, NJ. He was educated through the Passaic school system. Najee “Sunny La’ Prince” was best known for his passion and gift for music. Najee “Sunny La’ Prince” Dubose was introduced to music and performing by his grandfather, Jerry Dubose. He began his journey as an entertainer in the church, William Chapel AME Zion as a lead singer for the youth choir. Najee later entered a vast amount of talent shows, such as Miss Botts Small World and Jackson’s Talented Teens. He continued his talents performing and recording songs throughout his adult life. He charmed us all with his smile and music. “Yea, Yea” he would say lighting the room with his confidence. Najee enjoyed self-educating himself with many books expanding his love for knowledge. Not only was he talented but very smart as well. He is preceded by his loving grandmother, Johnny Mae Risher. He is survived by his parents, Patricia Dubose Paterson and Christopher Risher A brother, Tysheem Dubose. Grandparents, Charlie Risher, Jerry Dubose, and Hattie Pearl. A dear aunt Charlene Johnson and his very special aunt who he loved and held close to his heart, Linda Simmons. Most importantly, he leaves to cherish him his children Jada Jaquiles,Vasquez Passaic, Symphony Lopez, Dominic Lopez and Kiyomi Lopez all of Albany NY his fiance Heydi Lopez of Utica NY As well as a host of uncles, aunts, and cousins other relatives and friends “Drive You Crazy” Too much of me I have given to you I eat, sleep, and breathe your existence it’s true But, the time has come for us to part our ways I know I’ll be happier another day But, for now it hurts I know it hurts you more to see me open and walk through that door All of the energy I focused on us appeared to me like it was never enough ….Tough but not impossible you gotta be strong Love will drive you crazy -Sunny La’ Prince To send flowers to the family or plant a tree in memory of Najee Almuta DuBose, please visit our Heartfelt Sympathies Store.

The family of Najee Almuta DuBose created this Life Tributes page to make it easy to share your memories.

Send flowers to the DuBose family.