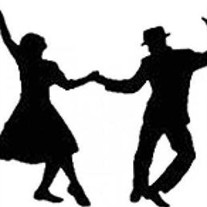 June Mattie Goings departed this life on November 25, 2019. June was born in Rutherford, N.J.on June 29, 1933 and was a life long resident,still residing in her home town of Rutherford, at the time of her death. She was the daughter of Charles and Gertrude Goings But was raised by her loving, paternal grand-parents, Charles and Mattie Brown. She is mother of her two loving daughters, Gai Alexia and Carla June Spann. Dear sister of Joyce Hope Jackson of California, and loving brother of Herbert Goings of North Carolina. Grandmother of Carson and Cameron Lopez of Allen,Texas, Brille kenner of Montclair N.J. and Great-grandmother of Quinn Malloy of Montclair, N.J., she is predeceased by her Brother Charles W. Goings, and Sister Deborah Goings of New York, the and her Sister Winifred Farrar of Teaneck, N.J. She leaves to mourn her a host of friends, nieces, nephews and cousins. June was a great athlete, getting good by playing with the boys. She and her sisters Winnie and Hope, and two other teammates Virginia Torrence and Eleanor Middleton made up the first team of the noted Silhouettes Basketball team of Rutherford. They also played in intramurals, and Y.W.C.A basketball. June also loved bowling, skiing, and Golf at Weequhaic park, where all the guys gave her pointers. They are the best golfers in N.J. June was also a good dancer. She spent every Sunday at the 875 Masons club in Irvington, N.J., dancing the night away. June made many fast and loyal friends at club 875. Want to know anything, call June. Got good gossip, call June. I love you all, and will miss you all. While dancing at 875, she met Jesse Witherspoon, the best dancer in the club, they have been friends for nearly 15 years. She also liked to play cards and three days a week, would go to the Wally Choice Senior Center,in Montclair N.J. to have a wonderful lunch, and play bid whist all afternoon. Love you guys! After graduating Rutherford High School, she worked at several jobs, in New York, til returning to New Jersey as a Psychiatric Technician at Greystone Park Psychiatric Hospital, after which she left for the Port Authority of New York and New Jersey,where she worked for over 35 years. She proudly received her B.S.degree from New Jersey City University of Jersey City, New Jersey in 1996 at the age of 65! She retired 23 years ago from the Port Authority of N.Y. and N.Y. To send flowers to the family or plant a tree in memory of June Mattie Goings, please visit our Heartfelt Sympathies Store.

June Mattie Goings departed this life on November 25, 2019. June was born in Rutherford, N.J.on June 29, 1933 and was a life long resident,still residing in her home town of Rutherford, at the time of her death. She was the daughter of Charles... View Obituary & Service Information

The family of June Goings created this Life Tributes page to make it easy to share your memories.

Send flowers to the Goings family.