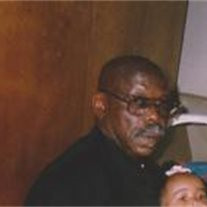 Obituary Freddie Cole was born on Sept. 12, 1937 in Passaic, New Jersey to Catherine and James Robert Cole. After the death of his mother, he was raised by his stepmother, Helen Lewis and attended the Passaic Public schools system. He departed this life on February 18 2015 from respiratory failure. He was 77. A popular student and young man, Freddie excelled in sports and loved playing baseball, football and enjoyed swimming. At age 17, Freddie, an adventurous spirit, joined the United States Air Force, and left Passaic, New Jersey to enlist and go abroad. He served for 20 years in the air force and received numerous commendations for his service. A veteran of the Vietnam War, Freddie was assigned to a special rescue operation, and he received the Airmen Medal of Honor for his courageous rescues at Cam Rahn Bay. A skilled swimmer, the Passaic native was heralded as a “hero” by the United States Air force for helping to save lives of fallen soldiers during the Vietnam War. After serving in the United States Air Force, Freddie, a decorated military man returned to his hometown and went into law enforcement . In 1976, he joined the Passaic Police Department, where he worked as a Passaic housing guard and served for (19) years, retiring in 1995 Freddie enjoyed exercising, swimming and watching sports in his later years. He also loved keeping up with current events and was regarded by his colleagues, family and friends as a “great philosopher” on life, politics and culture. A dedicated father, he was devoted to his son, “Lil” Fredrick Cole He is survived by a daughter, Adrienne Holt (The late Joseph) of Kennesaw, Ga.; a son, Fredrick Claude Cole, of Teaneck, NJ; a brother, Robert “Pete” Cole, of Port Charlotte, FL; a sister, Hattie Banks, of Pittsburg, PA; 4 grands Aqueelah (Omar), Quinea, Mariah & Jaala; 4 great grands a former wife, Alice Walker Cole; of Passaic, NJ, a devoted cousin, Adelphia “Ms. Duffy” Lucas, of Bloomfield, NJ; and special friend, Mary of Passaic, NJ, and a host of nieces nephews other relatives and friends. Freddie was predeceased in death by his dear step mom Helen Lewis, 1 brother Henry Jordan, 1 sister Marguerite Jordan His family and friends will deeply miss his kindness, laughter, long conversations and deep love for his relatives. Freddie enriched the lives of all he knew and will be sorely missed. To send flowers to the family or plant a tree in memory of Frederick "Freddie" Cole, please visit our Heartfelt Sympathies Store.

Obituary Freddie Cole was born on Sept. 12, 1937 in Passaic, New Jersey to Catherine and James Robert Cole. After the death of his mother, he was raised by his stepmother, Helen Lewis and attended the Passaic Public schools system. He departed... View Obituary & Service Information

The family of Frederick  "Freddie" Cole created this Life Tributes page to make it easy to share your memories.

Send flowers to the Cole family.