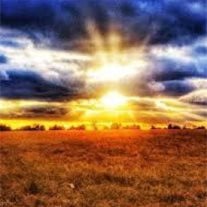 Ernest “Bunny” Woolridge June 10, 1941 - April 22, 2020 Ernest “Bunny” Woolridge, a loved father, son, brother and uncle went to rest in eternal peace on April 22, 2020 at St. Joseph’s Hospital. Ernest was born on June 10, 1941 in Bon Air, Virginia. He was educated in the Hickory Hill school system and was a member of The United Baptist Church where he was baptized at an early age. Ernest moved to New Jersey as a young man looking to improve the quality of his life. He found work at Bekins where he remained employed for many years. He was later employed by Tony’s Trucking where he worked as an automotive technician until he retired. Ernest loved fishing and hunting and even taught his nephew and others the hobbies he enjoyed. A few in particular, with fond memories of “Uncle Bunny” and the sport he taught them are his nephew Edward Fisher, Jr., and close friends, nb Thomas Gibson, Leroy Crawford and Chris Mincey. All of them have some great reflections of time spent with “Bunny”. He also had a close cousin, Lawrence Shepperson, that made sure to visit every time he was in New Jersey. Ernest is survived by his daughter Cassandra Jordan, granddaughter Brenda Gayle McMillan and grandson Christopher Ernest Jordan. He also leaves, to cherish in his memory, four sisters, and three brothers. Emily Patron he affectionately called “Sis” that remained devoted to him through his final days, Rose Goode, Minerva Patron Williamson, Frona Crawford (Leroy), Carlton Patron Jr., Barry Patron, Donald Patron and a host of nieces, nephews, cousins and friends. He was predeceased in death by his mother Florence Marshall, sister Bernice Fisher, nephew Jerome Terry Jr. and niece Carlotte Patron and a close cousin John Bervine. Service is private and professionally orchestrated By The Madonna Multinational Home for Funerals. To send flowers to the family or plant a tree in memory of Ernest "Bunny" Woolridge, please visit our Heartfelt Sympathies Store.

The family of Ernest Woolridge created this Life Tributes page to make it easy to share your memories.

Send flowers to the Woolridge family.