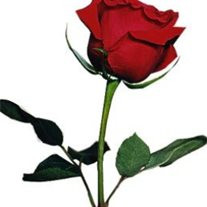 Beverly “Bev” Rhinehart, beloved wife, mother, grandmother, cousin and friend, was the only child of Safronia “Soie” Richards and George Canon Richards, a record merchant. Born in Brooklyn on September 16, 1934, young Beverly was raised in Harlem by her mother Soie, not far from her favorite aunt and uncle, Vera “Singie” and Raymond Adams, during a fabled time in the neighborhood’s history. Beverly graduated from Evander Childs High School in 1952 and studied fashion at the Fashion Institute of Technology where her oldest daughter and buddy Karen graduated. Her love of fashion and textiles landed her a consultancy with the New York City Department of Cultural Affairs, where she produced a television segment on careers in the ready-to-wear industry for the Harlem Cultural Festival, which was broadcast by WNEW-TV. Beverly, always enthusiastic and upbeat, moved onto the Monsanto Corporation where she helped establish the company’s first archive and library in addition to arranging fashion shows and creating publicity materials. In 1978, Beverly married Pete, her husband of over forty years, and embarked on a new adventure as the wife of an AT&T executive. Together she made a new life with Pete traveling the world, raising Robyn, their youngest daughter, and finding new interests with one being interior design. As many family and friends will attest, interior design was a favorite of Bev, who left behind an array of stylishly decorated houses scattered across New Jersey, New York, and Florida. A life-long volunteer, Beverly devoted her free time to helping socially conscious organizations, including the League of Women Voters, Jack & Jill of America, Inc. (Morris and Bergen/Passaic County Chapters), and The Doll League, Inc. (Metropolitan Chapter). Bev also lent her time and talent to The Women’s Club of Englewood and The Jessie Banks Foundation both located in New Jersey. In 1997, Beverly joined the Englewood Woman’s Club, servicing as a member of the Education and Public Issues Committees. She also served on the Executive Board of the Club. An “awesome storyteller,” Beverly was the director of the Jessie Banks Foundation’s annual golf event and children’s scholarship fund. In “true Bev form,” she aided the organizations in setting a high standard of excellence. Beverly is survived by her husband, Naseby “Pete” Rhinehart, Jr., her daughters; Robyn Rhinehart-Williams and Vivian Rhinehart; sons-in-laws Arnold Marshe and Justin McLaughlin Williams, and her three grandsons; Douglas, Jaylen, Miles and Langston. Her oldest daughter, Karen Kendle Marshe, predeceased Beverly in 2012. “Unique in her class, style and grace,” Beverly will always be remembered as a dedicated and generous person, who touched the lives of many family, friends and colleagues with her warmth, wit and humor. As we reflect on “the legendary Beverly,” whose loving spirit is now stilled, we thank God for the gift that she was to everyone. “The social queen bee,” has left us with wonderful memories to cherish! In lieu of flowers, the Rhinehart family respectfully requests that donations be sent to the www.jessiebanksfoundation.org.

The family of Beverly Rhinehart created this Life Tributes page to make it easy to share your memories.

Send flowers to the Rhinehart family.